In anticipation of Ostara (aka the Spring Equinox), I wanted to brew myself a batch of mead. While is something I have always wanted to do, it takes quite a long time, six months or more, to do properly. Luckily, there is a bit of a cheat which I found on the ever helpful website Storm The Castle: “Instant Mead Recipe”.

The recipe itself is really simple, calling for one bottle of cheap white wine (I spent $12.75), one pound of honey, one clove, and a pinch each of cinnamon and nutmeg. Since I was going to be mixing it with sweet natural clover and alfalfa honey, I bought a bottle of moscato which advertised it’s subtle sweetness with “hints of green grapes, pineapple and passionfruit.” Sounds good enough to me!

After the ingredients were mixed together, I let the brew simmer for an hour or so. A preliminary taste-test tells me that that was too long. It really is a little too sweet. Then I strained and re-bottled the ‘mead’. The recipe calls for a waiting period of two weeks. I only have one until Ostara when I look forward to drinking my concoction. The shortened wait time will give me an excellent opportunity to compare the taste on the equinox and again a week later. That is if their is any left! 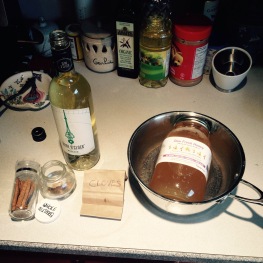 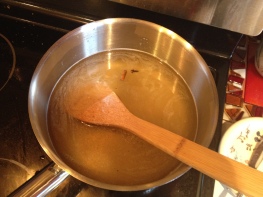 Simmering down the brew. 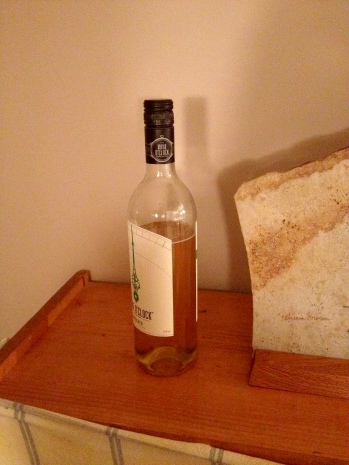 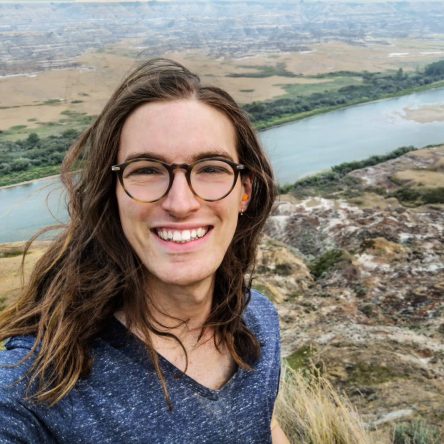