One month ago, I mentioned that I would be moving away from Vancouver, a decision which prompted me to declutter and to aim for a more minimalist lifestyle. The move has come and gone. Thanks to a generous offer of aid from my childhood teacher, I once again find myself in my beautiful hometown of Nelson, British Columbia.

Life is slower here than the bustle of the big city. I have had to re-adjust to life in the slow lane. In Vancouver, there was always something to do, a place to go, or a person to see. In Nelson, not so much. These things which require no effort in the city, require motivation and the willingness to get off one’s ass and head outdoors in a city of 10,000 people.

After spending the first week and a half indoors job hunting, I decided to see just how well my city bike could cope with the easiest of Nelson’s many mountain trails. The Nelson Salmo Great Northern Trail runs between the two cities for a complete distance of approximately 48 kilometres. Growing up, our house was directly beneath a section of this trail which quickly became a familiar haunt for my brother and I. This morning, I decided to revisit this stretch of trail which runs south for approximately 4 kilometres, the end of which is marked by two old railway trestles. I threw my bicycle in the back of the car and drove to an access point in Uphill Nelson. 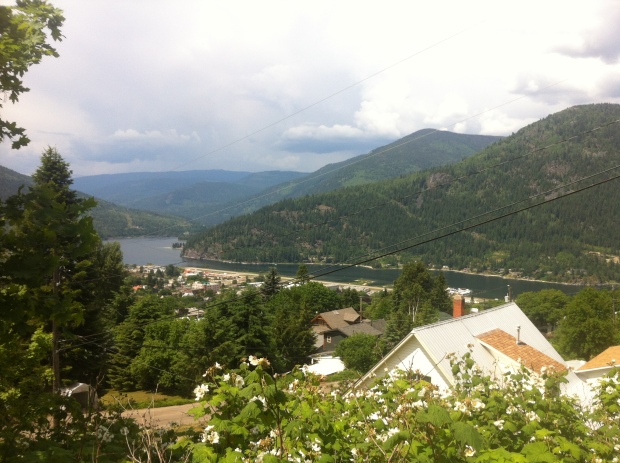 The trail if very flat, though the entire stretch of trail slopes gently upwards. There were a few hikers whom I passed in the first few minutes though after that, I had the trail to myself. Along the sides of the trail, previous travellers have left behind inukshuks and round rings of piled stones, even an old volkswagen which I recall being there ever since I can remember. The first three kilometres were spent peddling steadily, shaded from the sun by the spruce and cedar trees which grow on either side of the trail. END_OF_DOCUMENT_TOKEN_TO_BE_REPLACED